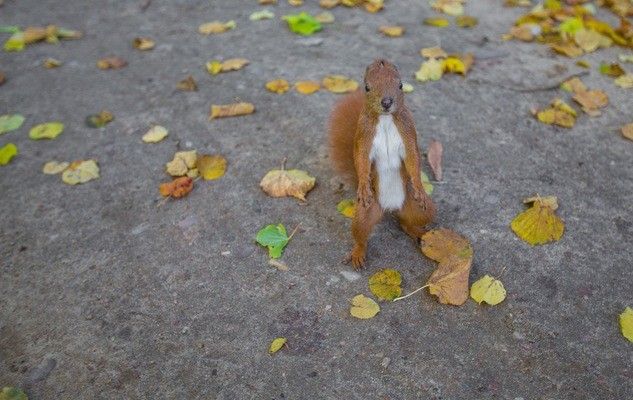 “Garden Rue” to ward off squirrels

Simply go for a stroll in any of the parks in Montreal and you’ll see what a big hit squirrels are with the tourists, who are constantly clicking photos of them. Sure, these creatures are cute and charming, but they can also be extremely irritating when they attack our flower and vegetable gardens.

In fact, every gardener in North America harbours a less than tolerant if not downright hostile feeling towards these furry pests. Some gardeners build metallic structures to protect their plants (a very time-consuming method), while others cover the planting surface with hair from the hairdressing salon, or with black pepper or even Cayenne pepper. A wasted effort, most of the time.

I’ve come across gardeners who even capture squirrels with a special cage to exile them. And then there are those who feed them lots of peanuts in their shell and corn. The latter is the method used in the White House, apparently with some success, but the population of grey squirrels in Washington has become one of the most dense throughout the United States … 🙁

So I was very intrigued when I heard a horticulturist in the Jean Talon Market suggest a “guaranteed method” to keep squirrels away. It quite simply involves planting a shrub called “Garden Rue” (Ruta graveolens), also known as “Foetid Rue” in your garden.

This plant with small greenish-yellow flowers smells a bit like coconut, and while humans may not be put off by the odour, many animals, including squirrels, apparently hate it :).

My friend Chiara tried out this method, and the squirrels have all gone into her neighbour’s garden now ;).

While doing research about this plant, I read that during Charlemagne’s time, garden rue was even included in the recommendation list of vegetable plants to be grown in monastery gardens. Today it is used in herbal medicine and perfumery. In Northern Italy, it is used to flavour grappa (“Grappa alla Ruta“).

So try it out in your garden and let us know how it works out.

Cinzia Cuneo, founder of SOSCuisine.com, never wanted to neglect the quality of her food. She shares her special expertise to make good food quickly and without complications!

One Response to ““Garden Rue” to ward off squirrels”

I planted 8 plants in my garden today. I too bought them at the Jean Talon market. I hope they work to repel squirrels because I have alot of squirrels and it seems the more you shoo them away the more they challenge you by coming into your garden. My most recent adventure was finding a hole and a begonia missing. I guess squirrels like begonia bulbs. I would like to know if anyone else tried this and does it really work. What say you?

Get nutrition advice and cooking tips delivered for free in your mail box every week.